This is my first and only post of the year. It's a summary of the memorable events in my life in 2020.

We spent the first ten months of 2020 living in Oregon. Weekends and vacations were spent traveling around the state enjoying the outdoor recreation. I intend on writing more about Oregon in the future, because it's such a wonderful place full of adventures. What I will share today is a high-level summary of the fun we had in Oregon this year. We kept COVID-19 in mind the whole time and took it seriously. Thankfully for us, we love spending time in the outdoors, which made it easy to "get out" responsibly. Photographing this place was memorable, and I hope the photos convey the beauty.

A common activity for us (especially during the initial lockdown months in March and April) was hiking. Prior to moving to Oregon, we knew about the famous Cascade Range but didn't know about the Coastal Range. Simply put, these two mountain ranges are epic and we can't wait to go back and experience more!

The Cascade Range is where prominent mountains like Mount Hood reside. Hiking on Mount Hood is great, it's one of the most striking views on a clear day from the Portland area. The Cascades are volcanically active and this is reflected in the composition of the rock. 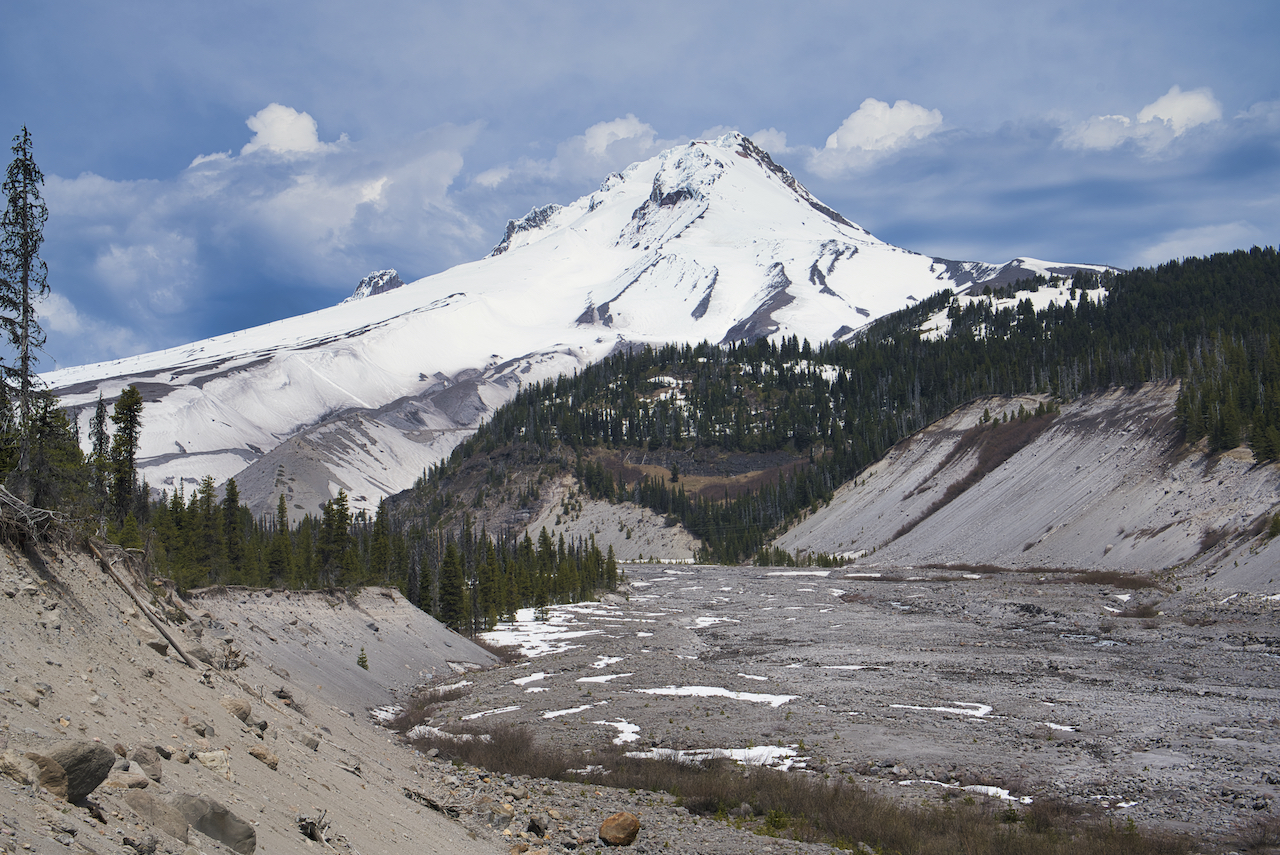 I was in great shape when we first moved to Oregon and I was training to climb Mount Hood. The goal was to go with a guided group in April, but when COVID-19 hit those plans went away. I still intend on climbing Mount Hood in the future. We still managed to experience several awesome hikes on the mountain, one of which put us less than a mile from the summit. 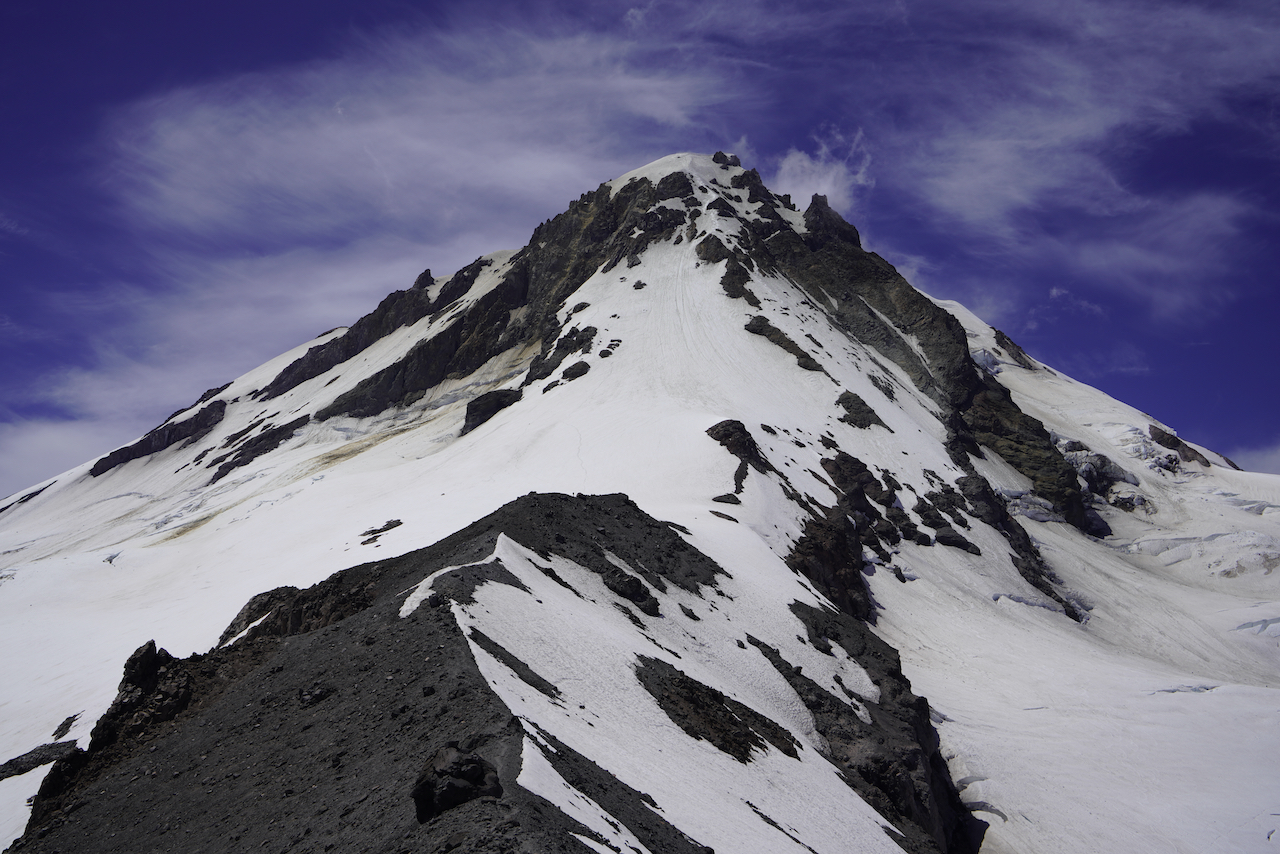 The Coastal Range was a wonderful surprise as it happened to be just as interesting as the Cascades, but closer to our apartment. As the name suggests, it hugs the entire Oregon coast. It's basically a rain forest and gets over 120 inches of rain a year. The sights and smells are awesome. There are loads of mushrooms, mosses hanging from tree limbs, and enormous trees everywhere. 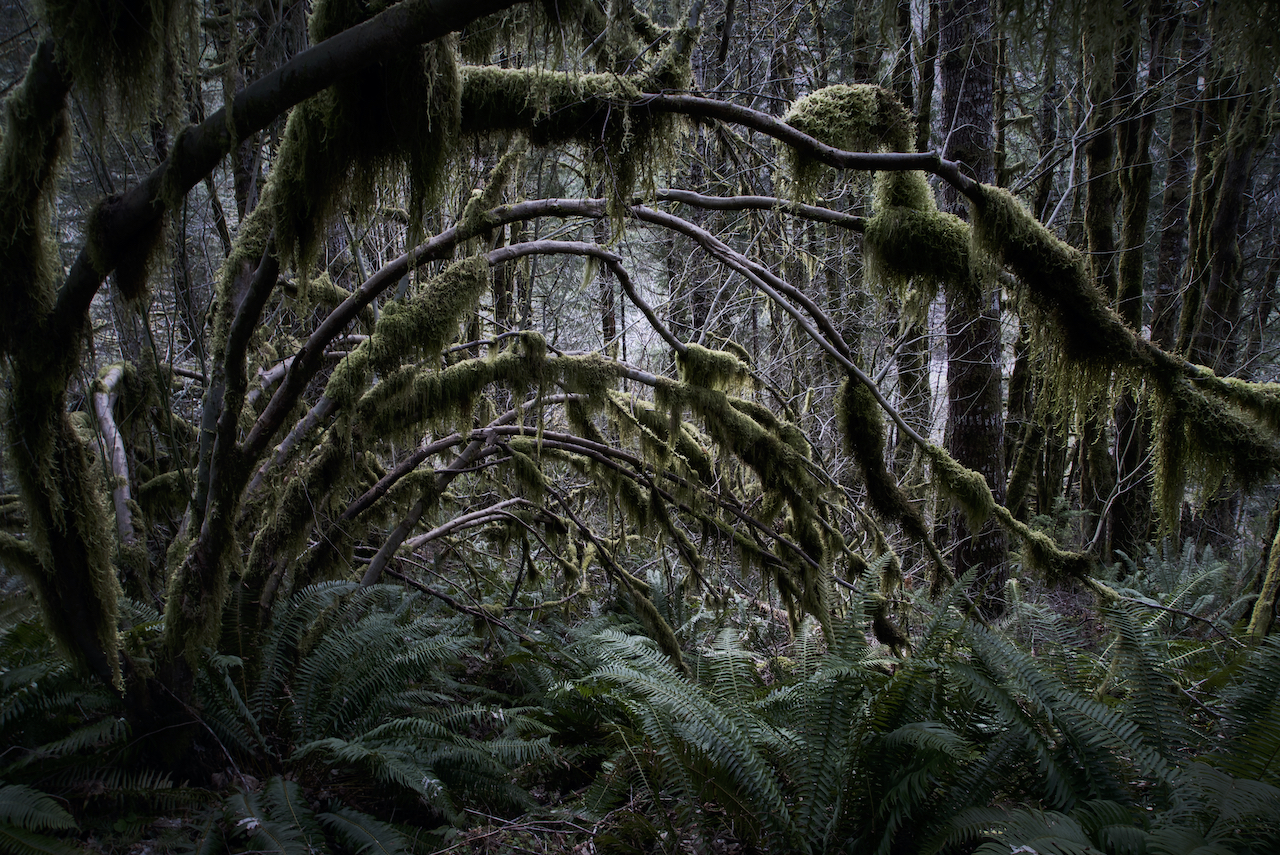 The Coastal Range ended up being where we did most of our hiking. Two trails in particular on Highway 6 towards Tillamook named Elk Mountain and Kings Mountain were our favorites. Elk Mountain is the steepest and one of the most lush hikes I've ever done. 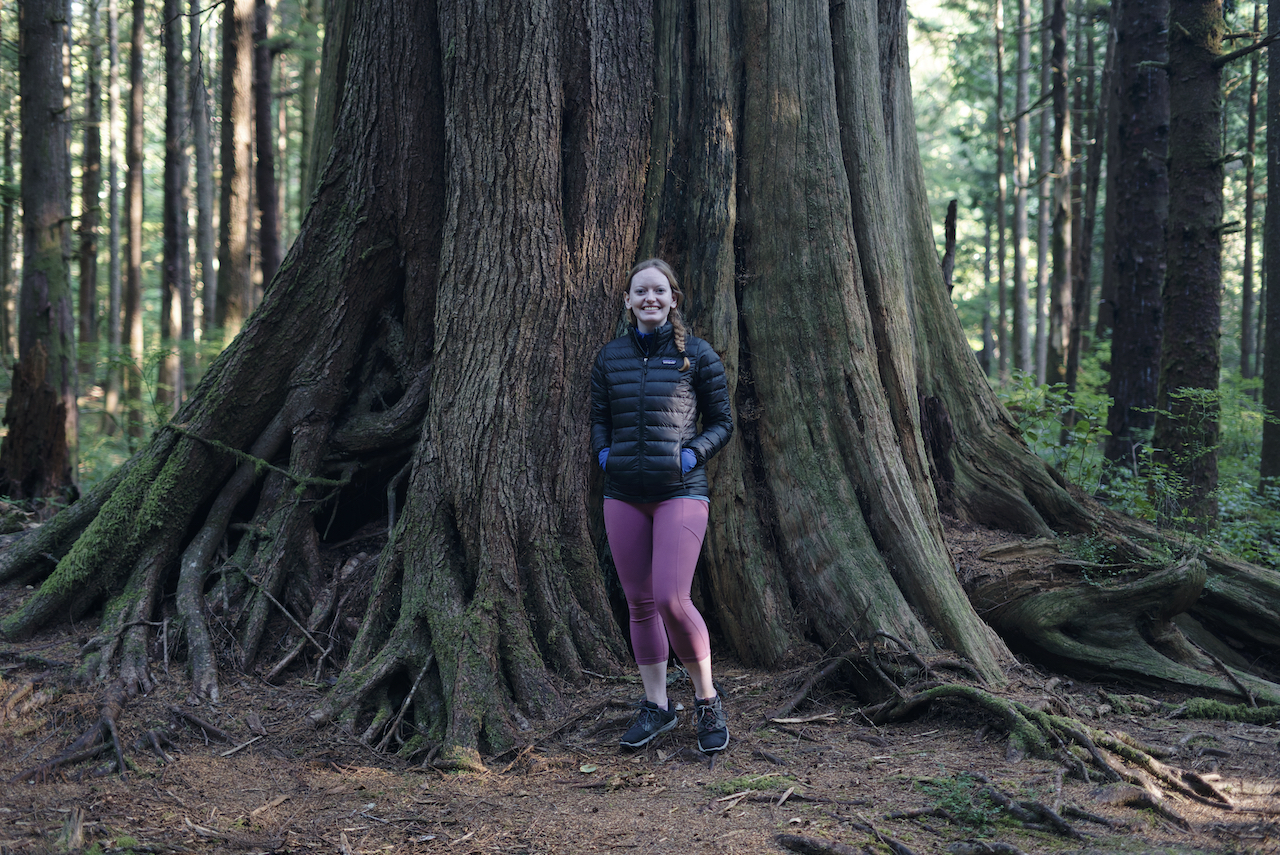 The coast is one of the best parts of Oregon. It's breathtaking to walk up and down the shores gazing into the Pacific Ocean. All places along the coast are great, but we discovered that some are significantly better than others. Cannon Beach is usually crowded and full of tourists whereas places like Bayocean Peninsula have miles of beach without a person in sight. 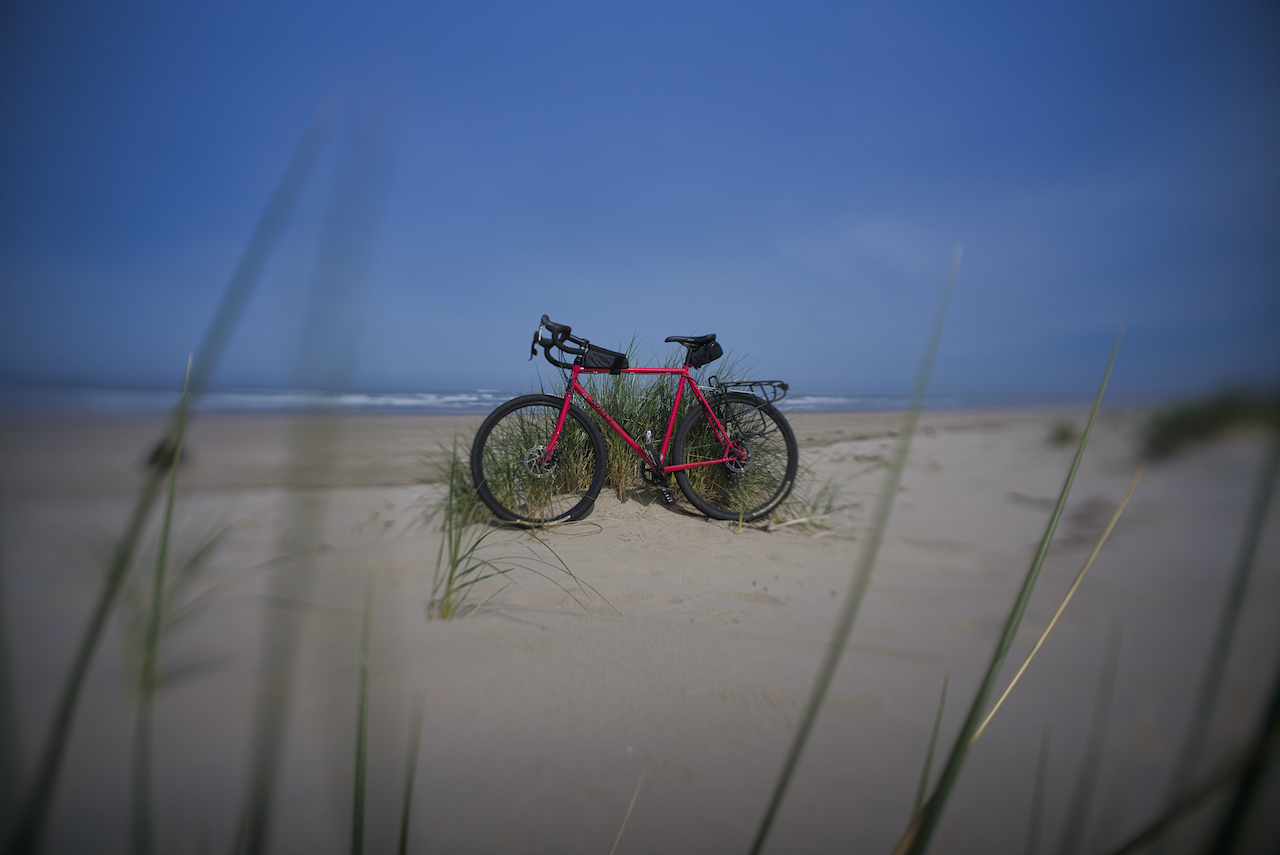 We ended up backpacking a handful of times on Bayocean (one of the few beaches that permits it). Watching the sunsets and waking up to sea mist shrouding the miles of pristine coastline are unforgettable memories that we take from this amazing place. 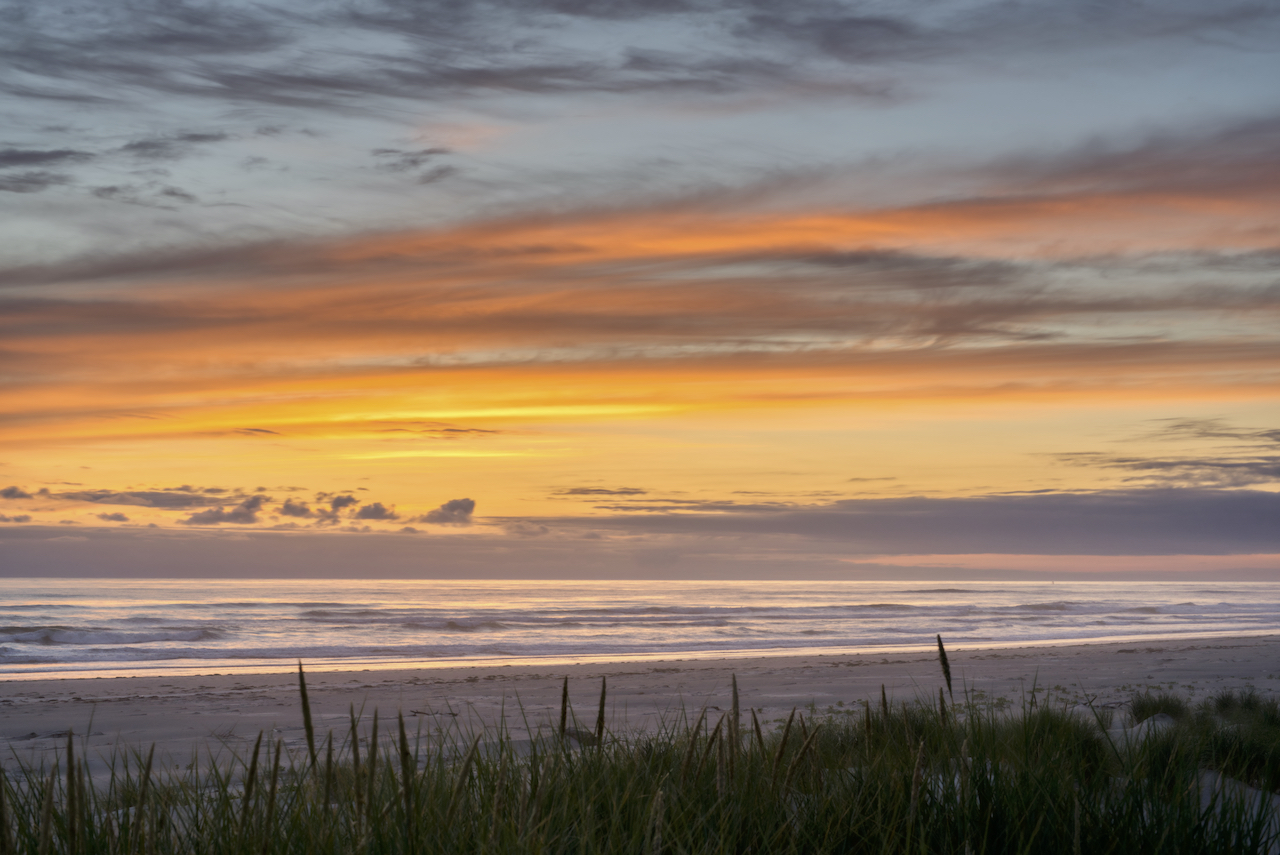 I've seen impressive mountains, deserts, and rain forests in other places. To me, the coast is the magnum opus of Oregon because it can be found nowhere else.

In June, we took off nine days and decided to explore Eastern Oregon. This part of the state is high desert, a stark contrast from the Portland area. We spent time in three locations. Deschutes National Forest near Bend, Oregon was our first stop. The environment was reminiscent of Coconino National Forest near Flagstaff, Arizona. Hiking to the top of Paulina Peak was memorable, it was snowing up there in June. 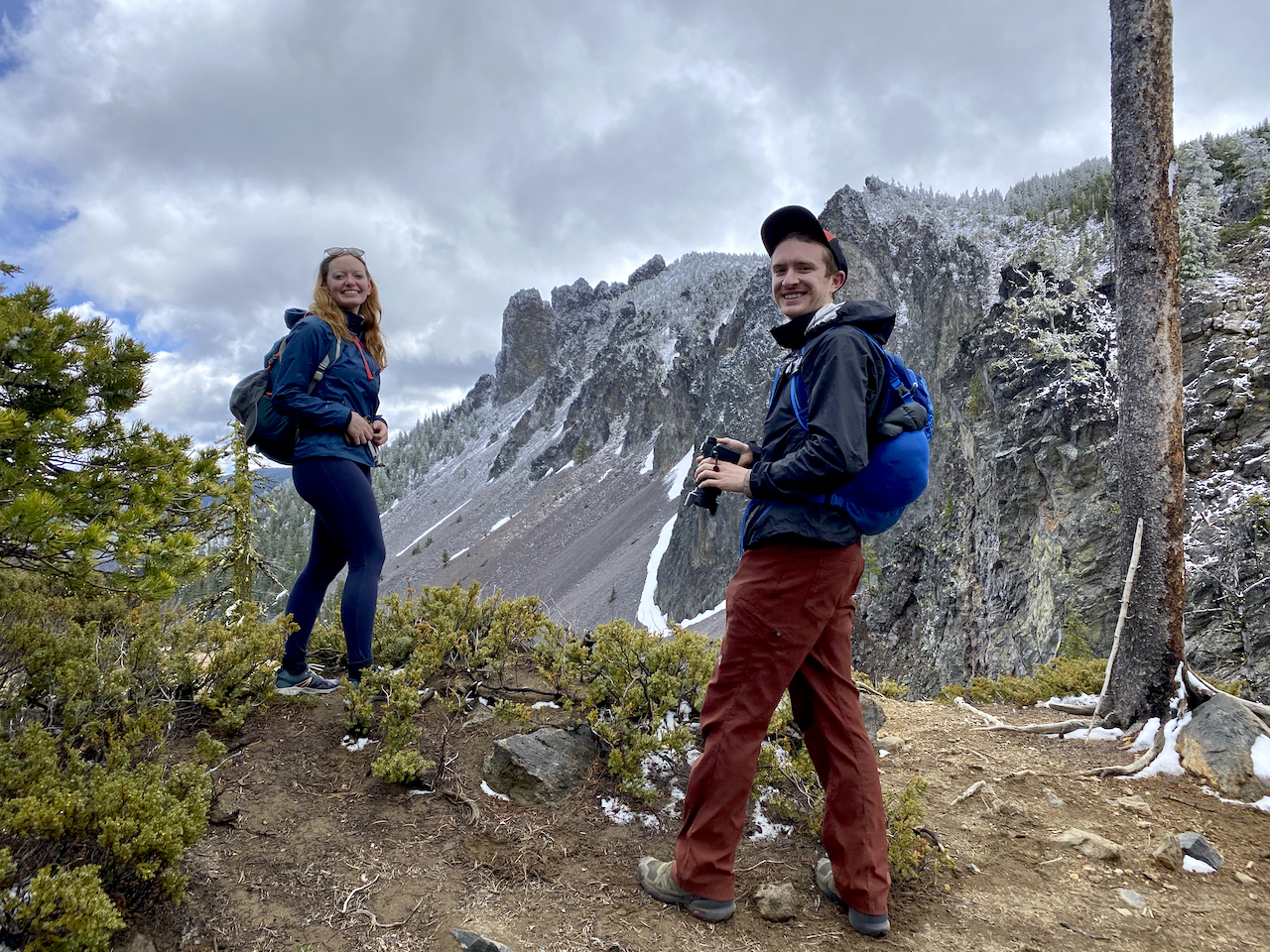 Next we ventured onto the Painted Hills in John Day National Monument. The high desert here reminded me of the Southwest. We happened to be at the monument during some poor weather, so it was very quiet and we mostly had it to ourselves. 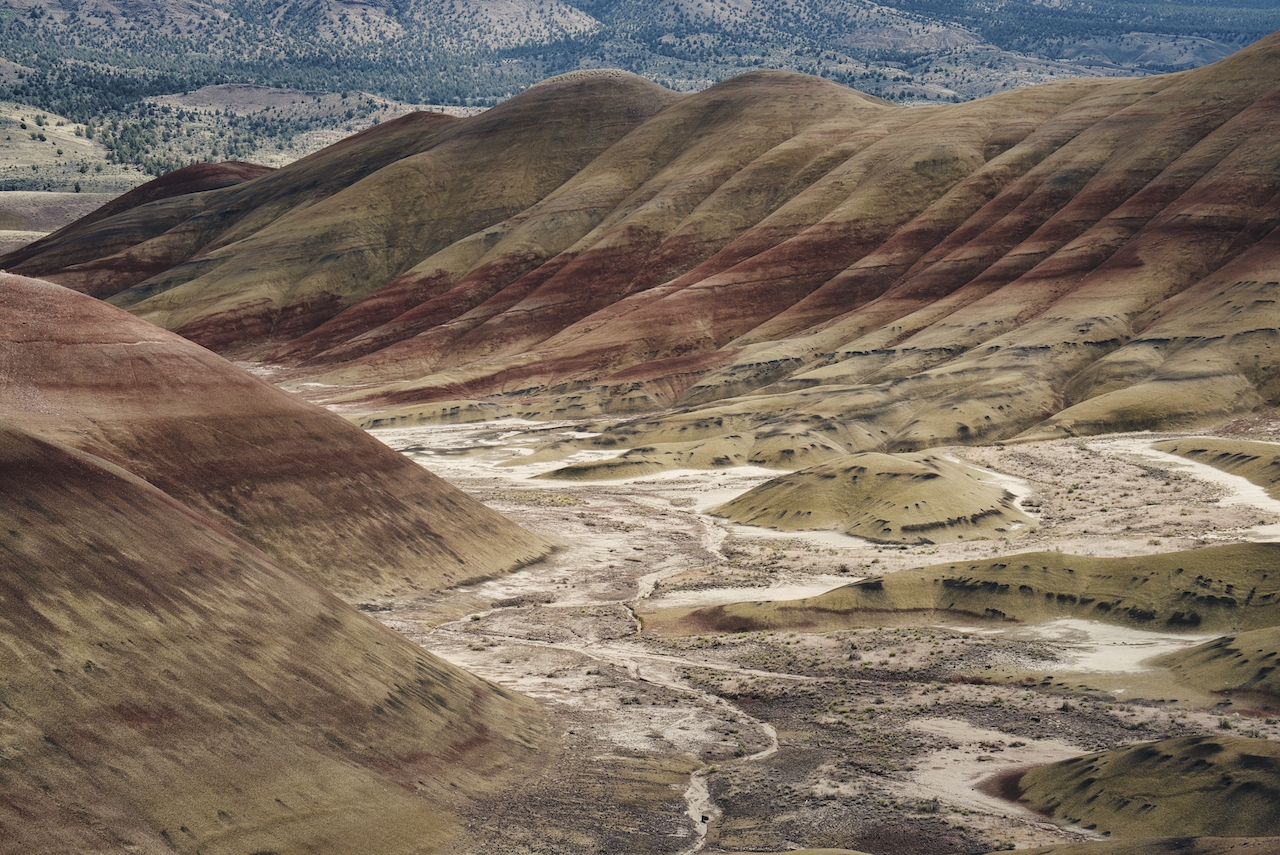 The third and final place we visited was the Alvord Desert. This is one of my favorite places I've ever visited. It's certainly one of the most remote as well. It took us half a tank of gas just to reach the desert. 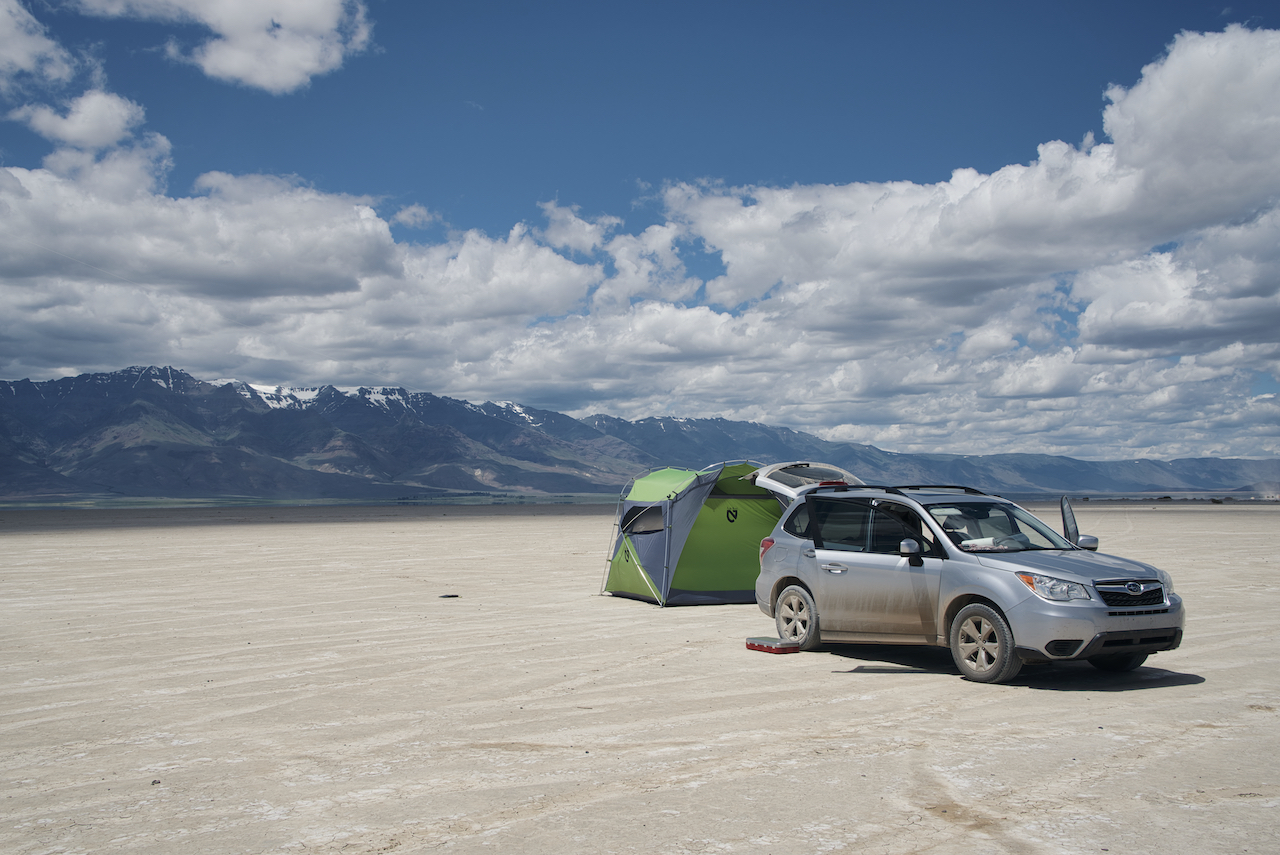 Running around on the playa, soaking in the hot springs at the base of the mountain, and pondering the heavens in the crystal-clear night sky were all unforgettable experiences. 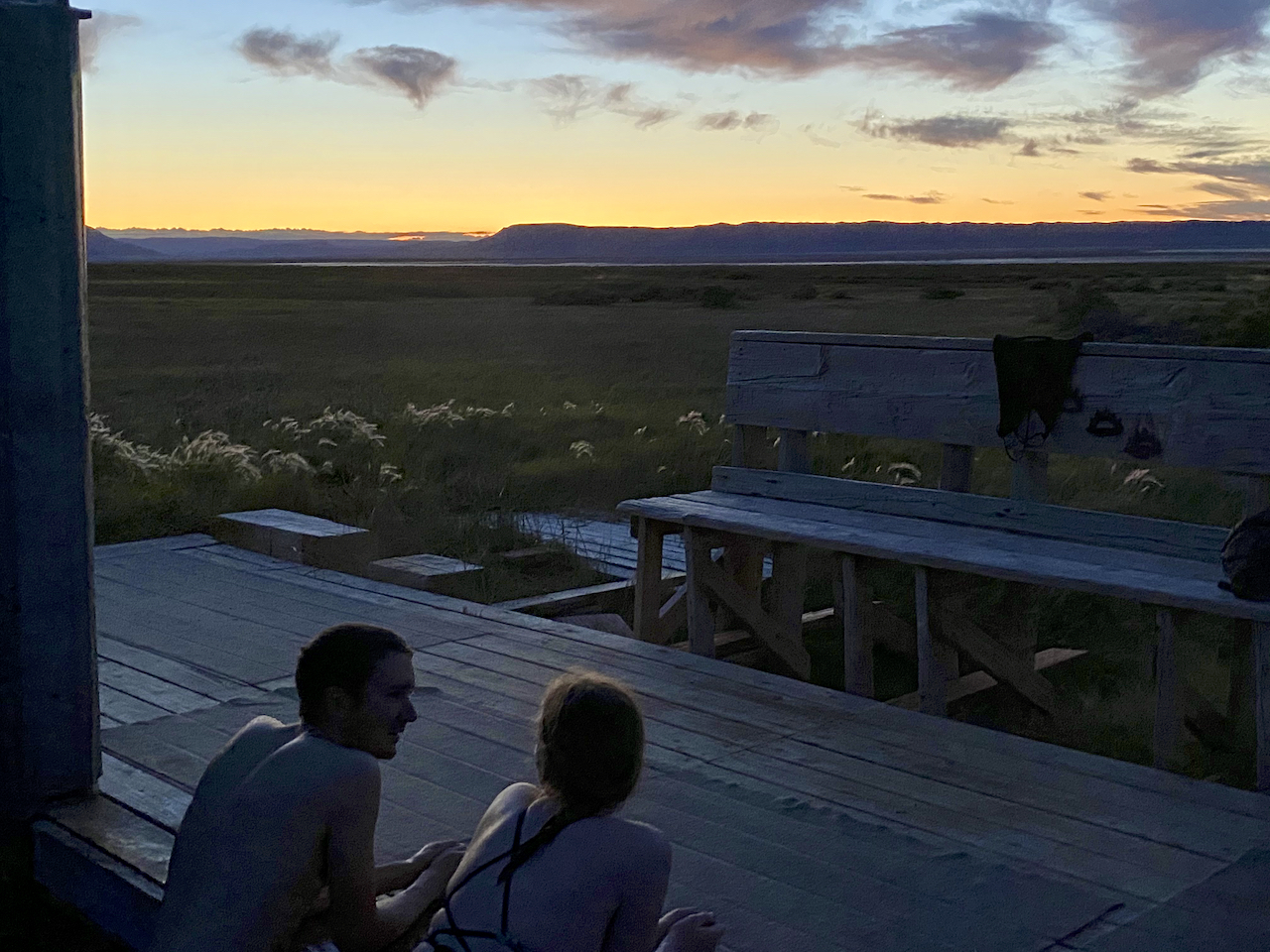 I hope to spend more time in Eastern Oregon. The low population density and sheer variety of outdoor adventures is remarkable.

On Labor Day weekend, a good friend from Portland was kind enough to drop us off in Astoria, Oregon at the mouth of the Columbia River. The goal was simple; ride our bicycles down the Oregon Coast until we reached California. Then, we'd go a little farther to the Redwoods and meet up with the same friend who would drive us back to Portland. 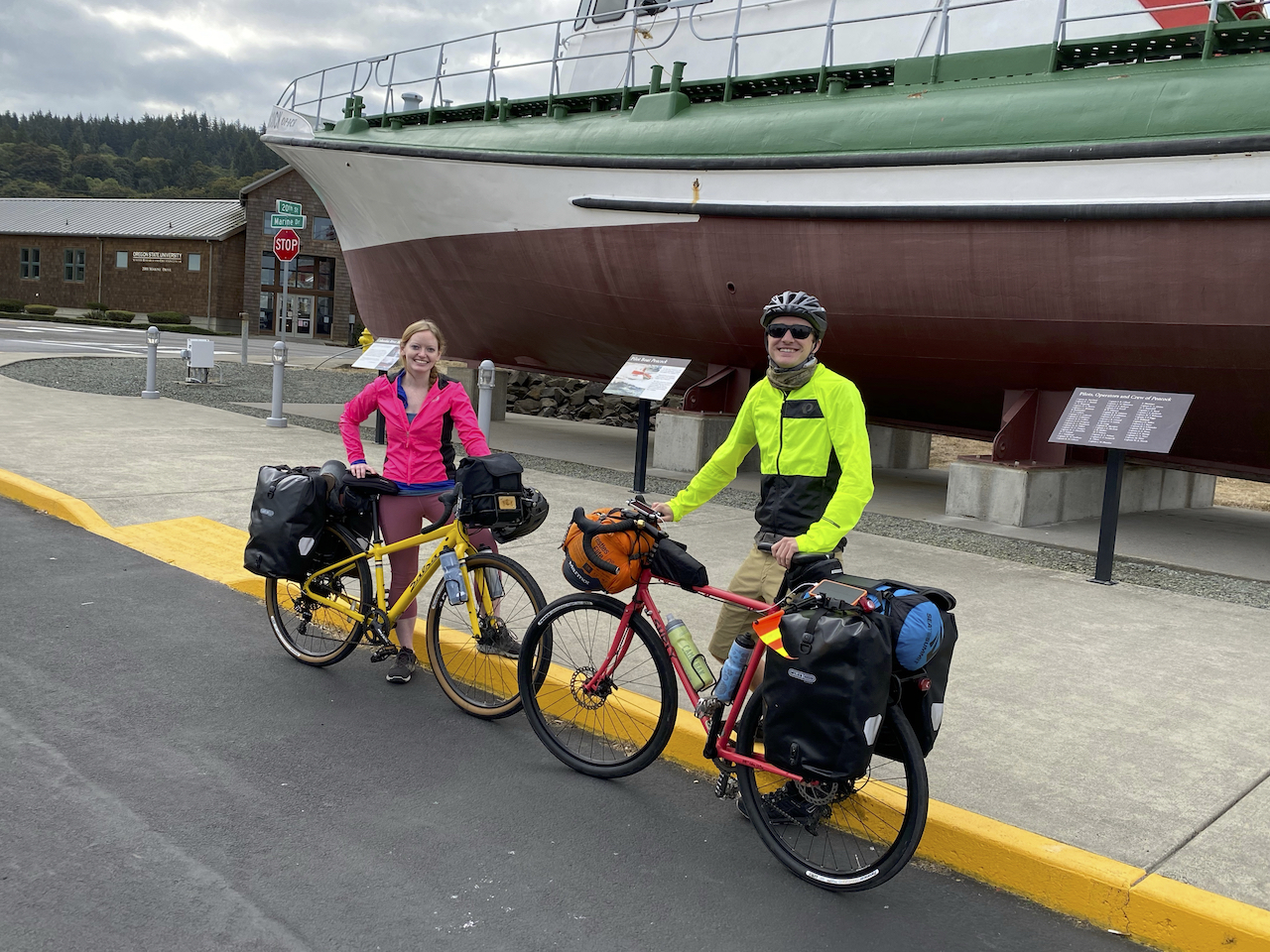 Long story short, we got smoked out from the historic wildfires. We made it four days into our adventure, then got pinned down in Newport, Oregon. The air quality was hazardous, the sky was orange, the viability was next to nothing. At the time, we were not aware of the true scale of the destruction. 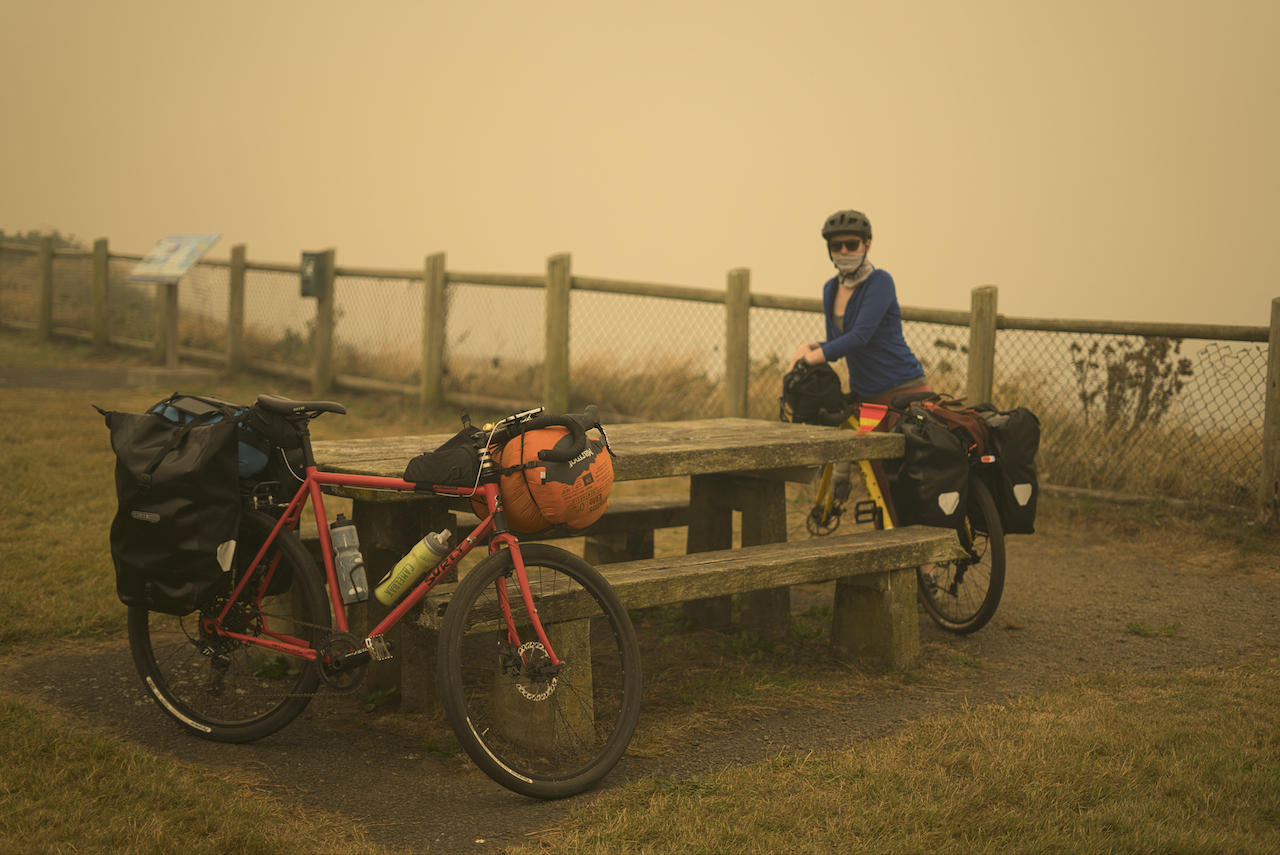 Our friend was kind enough to rescue us from Newport. We managed to make it back to our apartment and were in poor spirits. The entirety of Oregon was blanketed in a thick layer of smoke. It was disappointing on many levels. The bike ride itself proved challenging (both mentally and physically), but we felt an immense satisfaction at the end of each day. Having that taken away from us just four days into our planned two-week trip was demoralizing. On top of that the devastation taking place across the state was depressing to hear about. 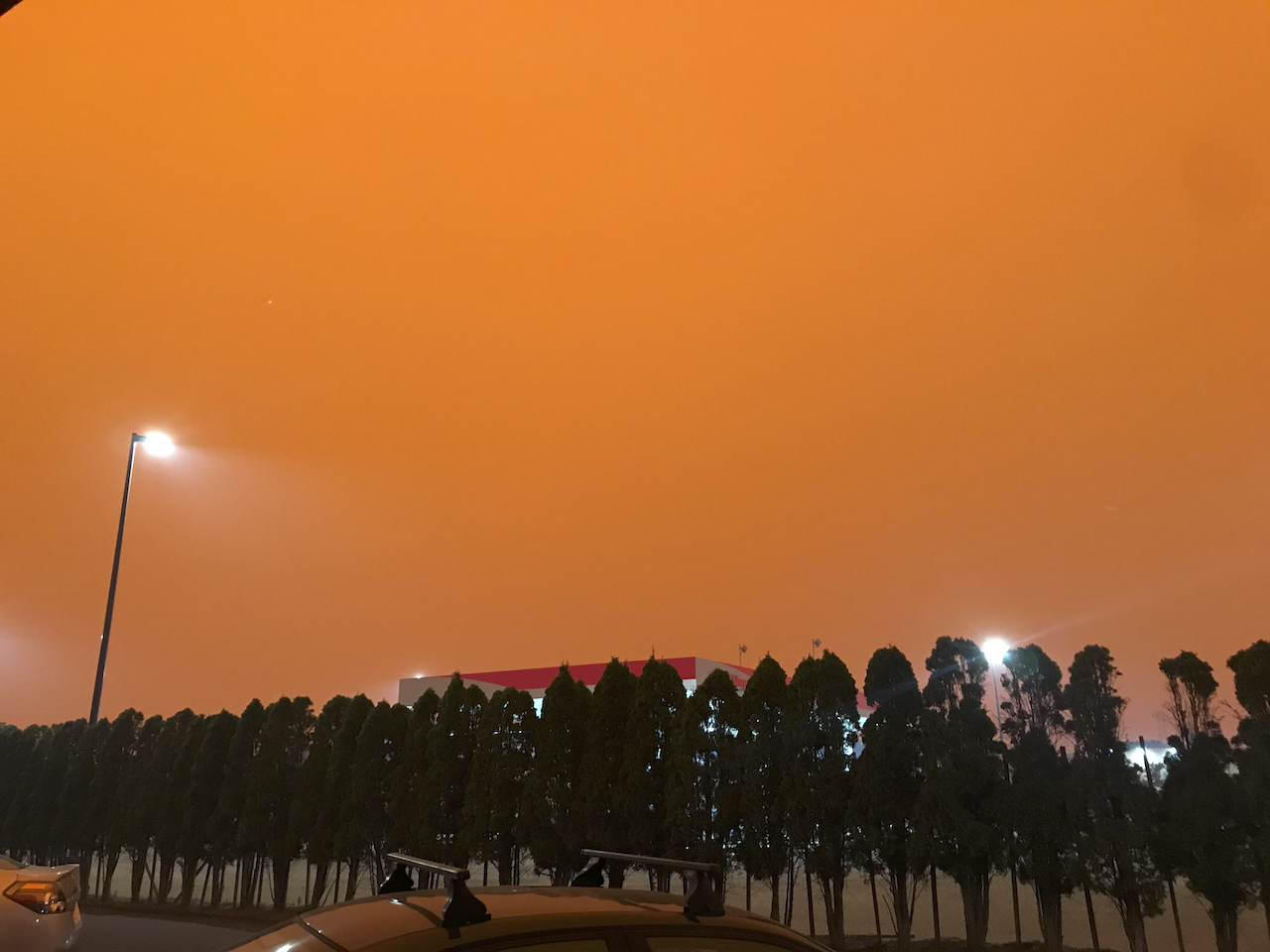 We ultimately ended up leaving Oregon temporarily and drove all the way to Salt Lake City just to escape the smoke. This is one of those situations where there isn't much to be done. We had to wait for the smoke to clear, then we went back to Portland to resume our "everyday" routine. Next year we hope to give the bike ride down the coast another shot (hopefully without incident).

At the beginning of October we had an idea. The pandemic has strong-armed employers into allowing remote work. At Intel, I was already working remote part of the time anyway so the transition was non-eventful for me. I personally love remote work; no commuting and no wasting away under fluorescent lights inside a cubicle. The only downside is the lack of in-person social interaction with coworkers. Compared to the upsides, this is a moot point. The whole remote work situation in combination with our disgust at the Portland rental market opened up the perfect opportunity to hit the road in an RV. The timeframe was perfect. We packed the majority of our belongings into a storage unit in Portland, then drove 24 hours to my parents place in New Mexico. We arrived at the beginning of November and have been enjoying being with family and celebrating the holidays.

Some notable activities during our time here in New Mexico has involved hiking in the Sandia Mountains, getting a Christmas tree, and going to Bosque Del Apache. 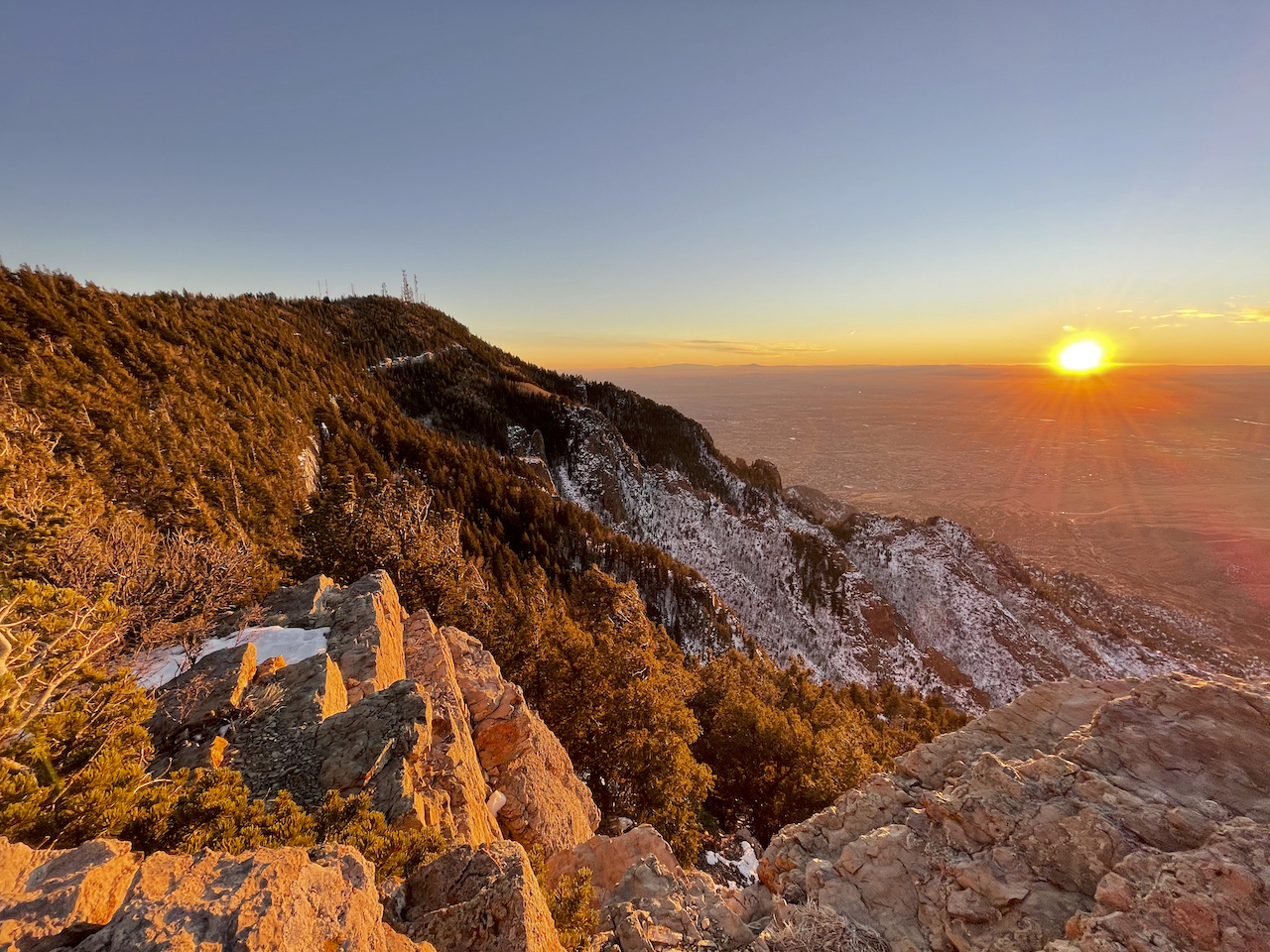 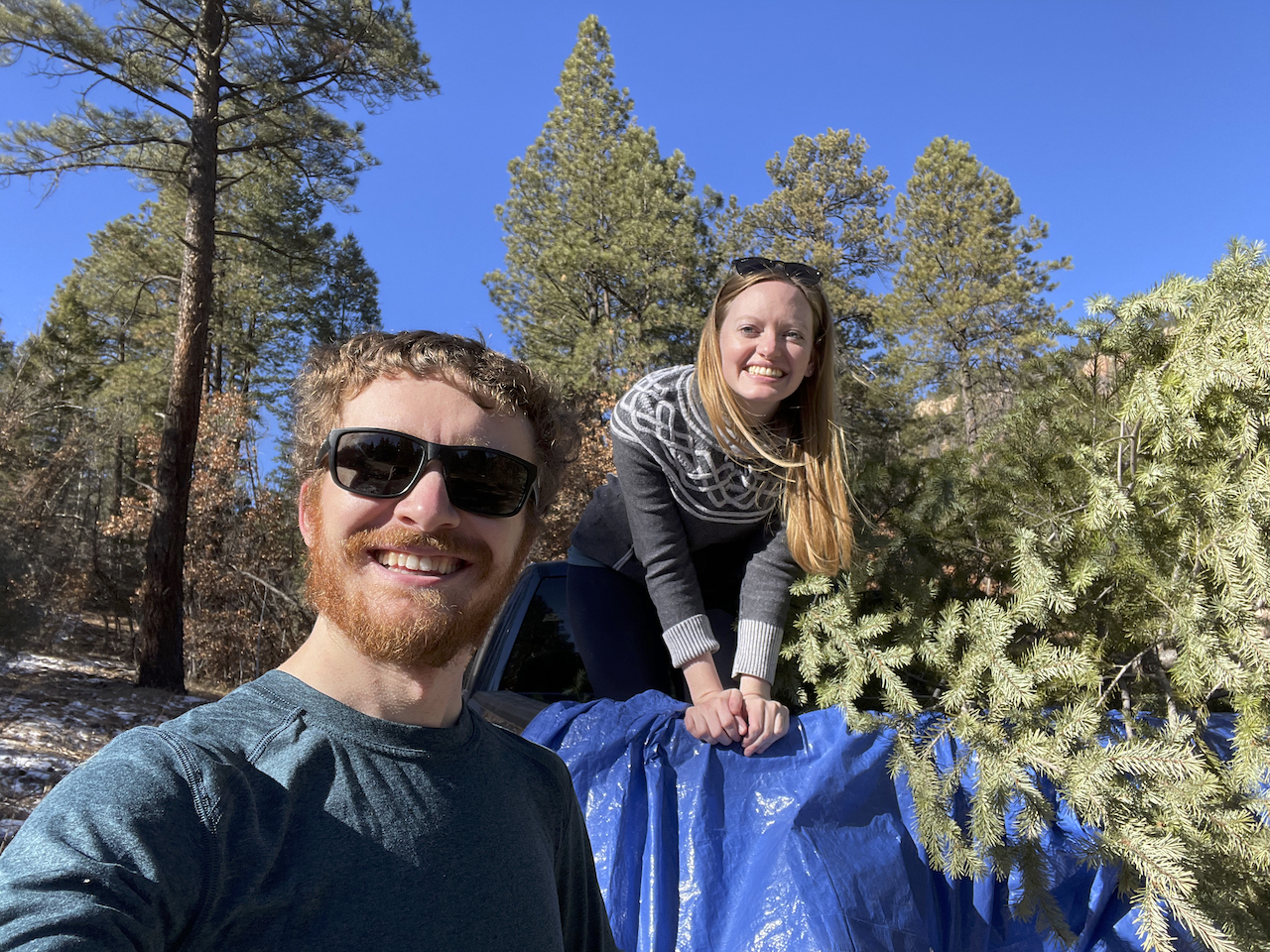 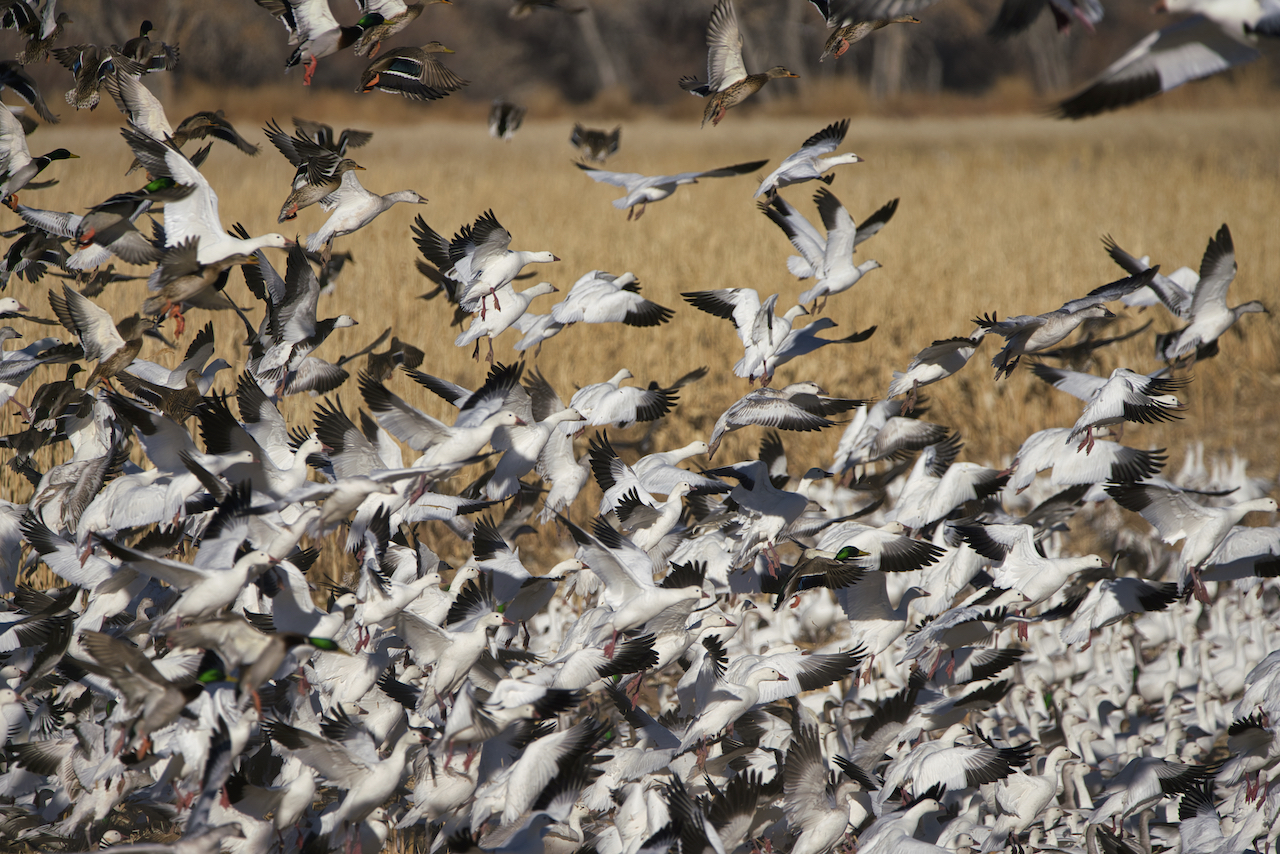 With an RV recently acquired, we're almost ready to work from the road. I plan on documenting our travels in future posts. Fingers crossed that 2021 ends up being a better year for the world.